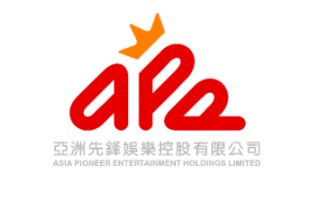 Asia Pioneer Entertainment Holdings Limited (“APE” or the “Company”, with its subsidiaries collectively referred as the “Group”; Stock Code: 8400.HK) announced joyfully that the Group is recognized as one of the inaugural fastest-growing companies in “Growth Champions of the Greater Bay Area 2020” by South China Morning Post (“SCMP”), an international authoritative news media company. Besides, APE is the only Macau company to obtain this prestigious ranking.

The “Growth Champions of the Greater Bay Area 2020” was announced on 12th December (Thursday). The ranking recognizes companies based in the Greater Bay Area (“GBA”) with the highest revenue growth (in percentage) over a period of four years (2015 – 2018 or equivalent fiscal years). APE has been ranked as the top 62nd fastest-growing company out of 80 in the GBA with 128% absolute revenue growth within the period.

The ranking is mutually announced by South China Morning Post and Statista. Statista is a German online statistics portal, which aims to select 80 fastest-growing companies among 11 countries in the GBA – including Shenzhen, Hong Kong and Macau. The objective of this authoritative ranking is to shed light on the future economic powerhouse in southern China.

Mr. Herman Ng, Chief Executive Officer and Executive Director of APE said, “It is such an amazing accomplishment that only the companies with the strongest revenue growth can be ranked on the list. We are honored to be short-listed despite the strong competition among thousands of corporates. Hence, I would like to thank all APE staffs for their contribution and effort to this achievement.”

For more details about the “Growth Champions of the Greater Bay Area 2020”, please visit:
https://www.scmp.com/business/companies/article/3041299/growth-champions-greater-bay-area-2020

About Asia Pioneer Entertainment Holdings Limited
Asia Pioneer Entertainment Limited (“APE”) is a leading electronic gaming equipment supplier in Macau. It is listed on the Growth Enterprise Market of Hong Kong Stock Exchange, Stock Code: 8400.HK. APE was established in 2006 in Macau and is an approved gaming machine agent licensed by the Gaming Inspection and Coordination Bureau of Macau (DICJ). APE is a global distributor, presenting gaming manufacturers from Slovenia, US, Taiwan and Australia. For more information, please visit http://www.apemacau.com/.

About South China Morning Post
South China Morning Post is a leading news media company that has reported on China and Asia for more than a century with global impact. Founded in 1903, SCMP is headquartered in Hong Kong, where it is the city’s newspaper of record. Their teams span across Asia and the United States, working together to connect with news consumers around the world.