China Tontine Wines Group Limited (“Tontine Wines” or the “Group”, stock code: 0389), one of the leading sweet wine producers in China, announced a year-on-year increase of approximately 2.7 per cent in its unaudited total revenue to RMB164,854,000 for the six months ended 30 June 2019 (“Period”). However, due to a relatively significant increase in cost of sales and adjustment of product mix to meet market demands, the Group’s overall gross profit decreased by 30.5 per cent to RMB42,018,000 during the Period. As a result, the Group’s profit and total comprehensive income for the period attributable to owners of the Company decreased to RMB6,693,000 from RMB18,211,000 of the same period of 2018.

“In the first half of 2019, domestic wines faced continued competition from imported wines, while the growth of earnings of domestic wine enterprises was confronted with challenges as a result of the slowdown in economic growth. To ride out the challenging market conditions, the Group made strategic adjustments to its product mix to solidify the market share of its major products while penetrating in sub-segment markets to satisfy consumer’s diverse needs. The Group also turned to make wider use of new media for promotion and marketing to extend its reach to the new generation of consumers,” said Mr Wang Guangyuan, the Chairman of Tontine Wines.

During the Period, sweet wine and dry wine remained the Group’s major products, together accounting for 86.5 per cent of the Group’s total revenue. With respect to sub-segment market penetration, the Group focused on the promotion of ice wines, tapping on its competitive edge in having access to high quality mountain grapes cultivated in the Tonghua area. To enhance consumer’s acceptance of ice wines, the Group conducted various marketing strategies, including reduction of initial selling prices, which resulted in a significant increase in the sales volume of ice wines.

During the Period, the Group launched three new products, increasing its product portfolio to 152 types of wine products. Of the new products, one was a new sweet wine customised to go with hot pot, which received positive feedback from consumers who are keen on Sichuan spicy hot pot.

The Group is committed to producing high quality wine. In May 2019, the Group was successfully selected as a “Member of China Food Safety Initiative Convention”. In addition, the Group’s “Tontine Red Ice Wine 2016” won a bronze medal for the 13th G100 International Wine & Spirits Competition, marking the Group as the sole awarded enterprise in Tonghua.

Looking into the future, Mr Wang said: “In the second half of 2019, we will follow the trend of consumption change in the domestic wine market in a pragmatic and prudent manner, to further optimize our product mix. On the one hand, we will actively explore the segmental markets to enrich our product portfolio by developing more personalized products with regional features and corporate-oriented customized products. On the other hand, we will capture the opportunities arising from the local policy on encouraging the ice wine industry in Tonghua to further focus on the promotion of ice wine products so as to expand the revenue source of the Group. We will also focus on the promotion of self-developed distilled liquor “Tongtian Yaaru Wine”, with the aim of developing it into a liquor brand with specific Tongtian characteristics. At the same time, we will fully utilize the channel advantage of distributors’ network and e-commerce platforms. By marketing through new media, we will increase the market recognition of Tongtian brand and its reputation, which will help further consolidate our customer base.”

China Tontine Wines Group Limited is one of the leading sweet wine producers in China. Unique taste, premium quality and top-notch operation earn the Group numerous awards. For instance, “Tontine Red Wine 2016” won a bronze medal for the 13th G100 International Wine & Spirits Competition, marking the Group as the sole awarded enterprise in Tonghua. In addition, the Group was successfully selected as a “Member of China Food Safety Initiative Convention” in May 2019.

The exceptional quality of Tontine Wines’ products is much attributable to the Group’s commitment to quality assurance and its grape supply from Ji’an city in Jilin Province, one of the few regions in the world that can cultivate the unique mountain grapes. In recent years, the Group has been dedicated to diversifying its product portfolio to include low to mid-end wines to tap the mass market. The Group currently offers 152 types of wine products sold through 105 distributors in 20 provinces, 3 autonomous regions and 4 direct-controlled municipal cities in China. The Company’s shares were listed on the Main Board of The Stock Exchange of Hong Kong Limited since November 2009. 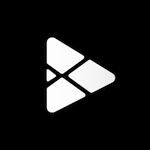 NanoViricides Nominates a Novel Candidate for Advancing Into Clinical Trials for...