Chiho Environment Group Limited (“Chiho Environment” or the “Company”, stock code: 976.HK; together with its subsidiaries, the “Group”), announced its unaudited interim results for the year ended 30 June 2019 (the “Reporting Period” or the “Period”).

The ongoing China-US trade dispute, the slowdown of the industrial activities in Europe, and the changes in China’s Catalog for Administration of the Import of Solid Wastes all led to a weaken demand for scrap metals, coupled with the drop in scrap prices as compared to the first half of 2018, revenue of the Group amounted to HK$8,700.3 million in the first half of 2019, it was HK$11,062.2 million for the same period in 2018. Gross profit was HK$515.6 million, and the gross profit margin was 5.9%, which was mainly attributable to the lower tonnage processed in our China facilities as a result of the import restrictions on scrap motors in China and rising energy and transportation costs as compared to last year. The Group sold in aggregate over 2.51 million tonnes of recycled products in the first half of 2019, and 2.75 million tonnes sold for the same period of last year. EBIT for the reporting period was HK$94.5 million, post-tax profit attributable to shareholders of the Company was HK$2.0 million, and net profit after tax margin was 0.02%.

Europe segment provides all steps in recycling of mixed metal scraps and is equipped with one-stop shop service for collecting, gathering, sorting and processing. The Company is a technology leader in the processing and recycling of ferrous and non-ferrous metals worldwide, owned many advanced processing technologies in scrap metal shredding and post-shredding processing. Scrap metal shredding services, including cleaning, sorting, shearing, shredding, and pressing, constitute a “One-Stop-Shop” process for all customers and cater to any metal supply needs. In post-shredding technologies, the Company is able to achieve approximately 97% recovery rate for End-of-Life Vehicles (“ELV”), ranking as a world leader. During the reporting period, total segment sales tonnage in the European segment was 2.17 million tonnes, segment revenue was HK$6,911.7 million, the gross profit reached HK$485.1 million, gross profit margin was 7.0%, it was 8.3% for the same period of last year, segment profit was HK$178.6 million.

The North America segment possesses extensive recycling process know-how in all relevant process steps from collection, sorting, processing to trading of materials. The North America segment has also commenced its scrap motor mechanical shredding and dismantling as well as used auto parts business. It operates state-of-the-art shredder technology and has extensive post-shredding technologies in place for recovery optimisation. For the six months ended 30 June 2019, the North American sales tonnage was 0.25 million tonnes, segment revenue was HK$843.5 million, gross profit was HK$60.9 million, gross profit was 7.2%, it was 8.2% for the same period of last year, the segment profit was HK$12.0 million.

The Company’s major production facilities in Asia include Yuen Long (Hong Kong), Taizhou (Zhejiang) and Yantai (Shandong), and has expanded to Malaysia in the first half of 2019. For the first six months of 2019, total segment sales tonnage and revenue in Asia segment was 0.09 million tonnes and HK$1,094.2 million, respectively. In response to the revisions under the Catalog for the Administration of the Import of Solid Wastes, the Group is relocating its scrap motor dismantling business from China to our new processing yards in South/South East Asia, and thus, the sales tonnage and overall gross profit have been temporary affected. As the new production facilities in South/Southeast Asia are coming into full operation, the performance of the Asia segment will gradually recover.

In the first half of the year, the Group formed separate joint ventures in India and Malaysia with Century Metal Recycling Group (“CMR”, India’s largest producer of aluminum and zinc die-casting alloys) and with Heng Hup Group (“Heng Hup Group”, a leading scrap ferrous metal trader in Malaysia) respectively to engage in scrap motors and other mixed scrap metal dismantling business. The formation of the joint ventures will not only bring mutual benefit to each party but also provide an excellent opportunity for the Group to further strengthen our presence in the Southeast and South Asian markets.

Mr. Qin Yongming, Chairman and Chief Executive Officer of Chiho Environmental Group Limited said: “For the first half of 2019, the Group continued to operate in our long-established markets and also have been expanding into new markets in South/Southeast Asia. Through the geographic diversification, Chiho Environmental Group is in a good position to mitigate the risks of overly relying on a single market. For Europe, rising carbon tax is pushing metallurgical industries to use more scraps metals instead of mineral ores. We also see that trend in China due to tightening environmental legal enforcement. For US, the domestic economy is still strong and unemployment rate is at low levels, despite concerns about slowing economy. Our US operations are adopting to the challenging macro environmental. Our business in China is currently undergoing transformation which is always going to be accompanied with a transition period and challenges. However, from the long-term perspective, with more clarification of the relevant national policies and improvement in the Chinese domestic market, such as the waste separation campaign that is currently undergoing in many cities in China, the change in the ELV Directives in China, the Company will be poised to benefit from its industrial strengths in terms of many aspects, and together with the Group’s experiences and network in the European and American markets. It is worth mentioning that the Group ranked one of the Top 500 Enterprises in China 2019 recently released by Fortune, demonstrating our strengths and outstanding business foundation.”

About Chiho Environmental Group Limited
Chiho Environmental Group Limited (“CE”, 976.HK) is the largest metal scrap recycling and processing company in China as well as one of the largest listed metal recycling companies in the world, primarily engaged in the recycling of ferrous and non-ferrous metal scraps, end-of-life vehicles (“ELV”) and electronic waste, waste oil recycling and the production of recycled aluminum ingot. The business of the Group currently covers Asia, Europe and America, operating more than 200 processing plants. The Group has advanced technologies which make it become one of a few recyclers in the world capable of handling and recycling a diverse range of materials and become the leader in the industry. Employing the “Urban Mining” concept to recycle reusable resources, Chiho aims to reduce our impact on the environment, reliance on natural resources and our carbon footprint. In 2018, the Group processed and sold 5.29 million tonnes of metals, contributing to an approximate saving of 4 million tonnes of CO2, doing its part in environment protection and creating a sustainable economy. 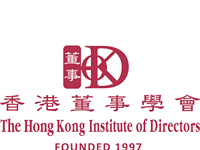 HMA conference to look at future of Hospital at Home model...