Perfect World’s “Re:Evolve”, an evolutionary experience that boldly creates a big world Sandbox and integrates MMO gameplay, was nominated for a TGS Media Award ROOKIE PRIZE at this year’s Tokyo Game Show (TGS2019), held Sept 12-15 at the Makuhari Messe in Chiba, near Tokyo. Born of a powerful alliance between two gaming giants, invested with Perfect World Games’ production quality and Tencent’s game distribution, and thriving in its excellence of product quality and games play, Re:Evolve is a massive mobile Sandbox MMO that has risen from the crowd to become one of the nominees this year.

The ROOKIE PRIZE, INDIE PRIZE and GRAND PRIZE are annual Media Awards created by leading Japanese gaming media 4Gamer, Famitsu and Dengeki Bunko which aim to discover and support new IP and encourage the independent creation of game products. Nominees were announced on Sept 14, the first Public Day at TGS2019. Mobile games, video games, computer games, and games of all platforms compete on the same stage; games with the most memorable design and outstanding performance in the eyes of the media are nominated. Re:Evolve was nominated as a new IP, a strong affirmation of its innovation and global vision on the international stage.

Re:Evolve, the tentative English name for ‘My Origin’, the mobile ( iOS / Android ) Sandbox MMORPG game scheduled for Fall 2019 distribution in China, was not only recognized by the media judges but received a positive and strong response from the players world at TGS2019. Offering diverse modes of interaction, a new world outlook and scenario themed “Civilization Evolution”, a diversified ecological environment and animal species, and an engaging new way of co-constructing a guild base, these are just some of the factors that attracted players to a long wait at the booth to try the game.

During the Show, 4Gamer.com delivered an on-site broadcast of Re:Evolve, showing the sublime ‘pets’, magical animals with a fantastical variety of features, the self-developing natural ecosystem, and free and diverse architectural building components, all of which were a feast to the eyes of those who were not on-site.

With the themes of exploration, collection, creation, and evolution, Re:Evolve has attracted the attention of a younger generation for its innovative content and cartoon rendering technology to the highest international industry standards. Through the game’s uncompromisingly strong performance and varied game playing methods, players can enhance their creative and exploratory desires while relaxing as well, one of the expected features of the game.

A series of creative trend-setting products, the Chinese architectural model was also assembled on-site. This required creation by the players themselves, echoing the product’s trademark concept, “enjoying the creative fun”. Players cannot help but absorb the wisdom and architectural beauty in the ancient Chinese buildings while assembling the models. With the international gaming show as its stage, Re:Evolve was striving to become “the ninth art”, a media of traditional yet modern cultural vibrancy, promoting its powerful core values.

Re:Evolve is the best work of Perfect World Games in 2019, creating an original IP in an innovative category, echoing Perfect World’s ideas of product innovation, of “embracing difference”. This new Sandbox fantasy, which integrates next generation MMORPG, massive open world experience and MMO social interaction, has taken a solid step forward on the international stage. 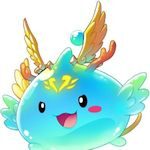