SoftBank Vision Fund, a subsidiary of Japan’s SoftBank Group Co, has led the $400-million Series C funding round in US-based biotechnology firm Relay Therapeutics, according to a statement Thursday.

Proceeds from this financing are anticipated to be used to accelerate the implementation of Relay Therapeutics’ long-term strategy. Relay said the fresh funds will support the expansion of the company’s discovery efforts, advance existing programs into the clinic and bolster its broad platform and diverse team.

The integration of these disparate disciplines, tools and cultures enables Relay Therapeutics to overcome challenges that prior attempts have failed to solve and to design therapies against validated but previously intractable targets.

The company’s initial discovery programs in cancer have led to the development of highly selective inhibitors of disease-causing proteins in genomically defined patient populations.

“We are at a unique moment in the evolution of drug discovery where we can realize the promise of integrating ever more powerful experimental and computational discovery tools to tackle previously undruggable protein targets. The success of our early programs validates the potential of our platform to create breakthrough therapies that address a broad range of diseases,” said Sanjiv Patel, M.D., President and Chief Executive Officer of Relay Therapeutics.

The latest funding round brings the company’s total funding amount to $520 million. It first raised $57 million in September 2016 for its Series A. In December 2017, the company raised another $63 million for its Series B.

“A financing of this magnitude allows Relay Therapeutics to significantly scale and advance both its platform and its pipeline. We are thrilled by the strong support of our investors for our mission, vision and strategy,” said Alexis Borisy, Chairman of Relay Therapeutics and Partner at Third Rock Ventures.

SoftBank Vision Fund, according to its latest amended SEC filing, raised a total of approximately $98.58 billion from 14 investors since its first sale on May 20, 2017. The fund has become one of the primary funding vehicles for technology companies around the world. Saudi Arabia provided $45 billion for the fund. – AsiaPEVC.com 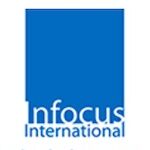 Mastering Wind Power Online Workshop is Back by Popular Demand

Palladium One Initiates 2023 Exploration Program and Expands the Tyko Nickel...

Mastering Wind Power Online Workshop is Back by Popular Demand