Israel-based AnyVision, a developer of artificial intelligence and computer vision technology, announced that it has raised $28 million in Series A financing led by German multinational technology group Bosch.

In a statement, AnyVision said the latest funding round also saw the backing of two US private equity groups, which the company did not identify.

“The new capital will allow the company to meet global demand and enhance product innovation, research, and development,” AnyVision said in a press statement.

Founded in 2015, AnyVision has created a software technology that the company said learns on the feed, is customizable, and runs on multiple platforms, including existing CCTV infrastructure.

“We built AnyVision to be a core technology that solves fundamental problems in the computer vision industry and that can operate on any sensor, any time,” said Eylon Etshtein, AnyVision’s CEO and Co-Founder.

The team behind the company has over 20 years of experience in artificial intelligence and computer vision and has developed proprietary AI solutions for the HLS/Police, airports, sports/entertainment, smart cities, critical infrastructure, banks, transportation and retail verticals.

Its solutions are oriented around real-world applications relating to faces, bodies, and objects. Through seamless integration and plug and play technology, AnyVision enables any camera to smarter by indexing and analyzing everything the sensor sees.

“Our customers around the world are increasingly asking for ways of integrating person and object recognition software into our cameras; collaboration with AnyVision will allow us to fulfill this customer wish even better and offer an enhanced package of solutions,” Bernhard Schuster, SVP at Bosch Building Technologies, said.

AnyVision has shown significant growth in the three years since it launched in 2015. Today, the company has more than 130 employees globally and recently launched its first North American office in New York City. 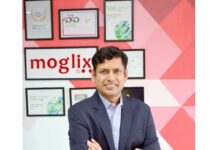 Cyber Security Visionaries to Gather at #WCSSAfrica to Define, Describe, and...

Leading the Industry in Germany for Years, EuroEyes to Provide China...