EGMS 2020 officially appointed Irfan Setiaputra as new CEO, replacing I Gusti Ngurah Askhara Danadiputra, who had served as CEO since September 2018. This strengthened the Board of Commissioners’ decision of 9th December 2019, which temporarily dismissed the CEO and a number of directors.

By approval of the EGMS, the following became Garuda Indonesia commissioners and directors: 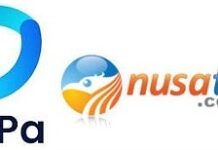 Oz Forensics, AppsFlyer and OutSystems have made the most strategic move...

Beryl 8 Plus (SET: BE8) aims to become the leading digital...