Mr. Xu Yiran, Chairman and Chief Executive Officer of Leyou Technologies said, “In the first half of 2020, the Coronavirus Disease 2019 (“COVID-19″) pandemic swept across the world. Governments across different nations have adopted social distancing measures, causing unexpected changes to how people live and work. Leyou, as a market leader in free-to-play (F2P) multiplayer online games, has also been impacted to a certain extent. On a positive note, our flagship product Warframe, as one of the most popular F2P games in the world, sits steadily amongst the top 10 of all game genres on Steam3, and is one of the top F2P games on PlayStation 4 and Xbox One in terms of revenue on such platforms, while the total number of registered users during the reporting period increased by nearly 16% to 61.3 million as compared to last corresponding period and its concurrent users reached a new record high at the annual fan event TennoCon in 2020. Although the revenue of Warframe was temporarily affected during the reporting period, the group has plans to launch several exciting changes. In addition, the factor of the upgrade of next-generation consoles resulting in the decrease in new users has been stabilised this year. We are confident in the future performance of Warframe and we believe that the additional traffic from certain next-generation console platforms will generate further growth for Warframe, and continue to bring desirable returns to shareholders.”

Business Overview Game Development and Publishing Business Game development and publishing business is the Group’s core business. This segment covered several F2P online games distributed globally, while the flagship product Warframe is the key driver of the Group’s revenue and profit. During the reporting period, revenue contributed by the game development and publishing business reached US$74.1 million. Warframe is a contentdriven F2P game that requires time to to develop and update contents. During the reporting period, progress of the Group’s game development team was slightly affected by home quarantine measures inevitably under the pandemic, resulting in less content update. Thus, Warframe’s competitive advantages over other popular games were reduced by a certain degree as players’ demand for new game content increased. Meanwhile, the ambitious update Empyrean released in December 2019 fell slightly short of players’ expectation due to certain technical issues, thus impacted the revenue of Warframe to a certain extent in the first quarter of 2020. In addition, revenue in China saw a transitional decline as new cooperation arrangement with Wegame platform was in discussion. As a result, there was certain decline in revenue of Warframe during the reporting period.

Notwithstanding, the Group is still full of confidence in Warframe’s future performance. Subsequent to the successful release of Empyrean in December 2019, Warframe released two major updates during the reporting period including Operation: Scarlet Spear and The Deadlock Protocol, and launched its third game season(i.e. Nightwave: Series 3). Meanwhile, the release of Heart of Deimos was launched at TennoCon in August, in which its brand-new Warframe customisation system and a new open-world environment are expected to greatly enhance players’ engagement and their enthusiasm towards Warframe personalisation. Furthermore, the Group released patch updates regarding Empyrean in March to enhance and elevate the game experience, which turned out to be very well received by players. Moreover, the factor affecting Warframe’s revenue in 2019, being the upgrade of next-generation consoles, has been stabilised this year. Total payment from console users recorded a slight increase during the reporting period as compared to that for each of the first and second halves of 2019. The additional traffic from certain next-generation console platforms is expected to generate further growth for Warframe. Besides, Digital Extremes and the Chinese distributor of Warframe will establish deeper cooperation with the WeGame platform to provide Chinese players with significant content updates, with a view to gradually align the Chinese version of Warframe with the international version in terms of update frequency and progress. This will solve a key pain point of Chinese players, significantly improve their game experience, and help drive a significant increase in Warframe’s revenue in China.

Work-for-hire and Other Businesses The Group’s work-for-hire business is mainly contributed by Splash Damage Limited (“Splash Damage”), the Group’s AAA studio located in the UK. During the reporting period, this business segment served multiple customers such as Microsoft Game Studios and Google Stadia and recorded a total revenue of US$16.6 million, a year-on-year increase of 17.1% compared to the first half of 2019. Work-for-hire business has not only successfully achieved commendable growth during the pandemic, but also further enhanced its popularity and reputation in the industry and among players. Following the impressive launch of Gears 5 and Halo: Reach (part of Halo: The Master Chief Collection), both of which were developed by Splash Damage in partnership with Microsoft’s first party game studios in 2019, the Group released Gears Tactics in April 2020. Besides, Splash Damage announced its partnership with cloud gaming platform Google Stadia in March 2020 and subsequently announced its first Google Stadia exclusive game, Outcasters, a fast-paced multiplayer game which aimed to appeal to a broad audience.

Other businesses mainly included the sale of merchandise goods, which generated revenue of US$0.1 million (corresponding period of 2019: US$0.2 million) during the reporting period.

New Products in the Pipeline Concurrent with persisent quality updates and optimisation of its live games, the Group also attaches great importance to the development of new products. By either creating original intellectual property (IP) or working with globally renowned ones, the group has successfully created a number of new games, including TRANSFORMERS, Civilization Online, Endless World, and multiple unannounced new F2P game products in various development stages. Endless World has received nearly 80% positive review scores from players and was nominated for a 2019 Game of the Year Award (New Release) on Steam. During the reporting period, Idle Big Devil, a F2P idle role-playing game, was newly launched. Although it is still in its early access stage with continuous optimisation, it has achieved a nearly 90% positive review score from players. The investment in developing casual / mid-core games will speed up the launch timeline of the Group’s new games, and will reduce the return cycle of research and development investment, enabling the Group to generate new revenue streams and profit growth.

Meanwhile, the Group regularly reviews development progress of each project and optimises human resources and economic investment to maximise its output. Although the Group suspended the development of an undisclosed, original F2P online game during the reporting period, the Group strives to invest more resources in the development of new games, and to create an enriched, high-quality product portfolio within the next two years, thus minimising the fluctuation of the Group’s revenue and scale of business.

Outlook The worldwide team of the Group is familiar with Chinese and Western game markets, leveraging its AAA quality research and development capabilities as well as global layout and connection, it managed to deliver work to the desired quality efficiently despite the pandemic, and will launch more high-quality new games in near term to enrich the Group’s product line. Looking ahead, the Group will strive to focus on the development and distribution of high quality games for the global market, in order to enhance the profitability of the Group and bring better returns to shareholders.

Mr. Xu concluded, “The success of the Group over the years has been attributable to its unique and strong F2P game development and publishing capabilities. In future, the Group will continue to combine the F2P design from Asia with the mature development processes from Western counterparts, and to invest resources in new games development to create AAA quality game products, with the aim of building an enriched and high-quality product portfolio. The Group believes that Leyou will yield fruitful results leveraging its strategies of developing and publishing quality games for the global market, outstanding research and development capabilities, its global layout as well as ceaseless efforts of our global teams.”

About Leyou Technologies Holdings Limited
Leyou Technologies Holdings Limited (1089.HK) is principally engaged in the development and publishing of online multiplayer PC and console video games. It is a global market leader in the market of free-to-play multiplayer online games. Leyou Technologies owns and invests in multiple world renowned AAA game development studios across the globe, including Digital Extremes and Splash Damage, and publishes several of the most successful free-to-play online multiplayer games worldwide. For over seven years since the flagship product Warframe has got online, it maintains a top 10 ranking in all genres in terms of number of players and playtime on Steam, and has a positive review score of approximately 91% from players. In addition to the continual premium updates and improvements to its live games, Leyou Technologies also keeps on investing in the development of new products, such as Civilization Online, TRANSFORMERS and The Lord of the Rings. 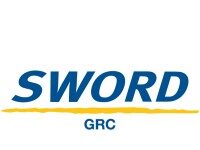 Weilu: The emerging trend of local vlog in China

Given the global coronavirus situation, we are providing an update on...